It was a cast of characters right out of a Marvel® comic book. ‘Team Awesome’ showed up after a couple year break with their side-kicks Holly and Jake. By weeks’ end, they deputized the entire group of guests as honorary members. Which was somewhat generous of them, since membership to ‘Team Awesome’ used to mean passing the shotgun beer test required to gain access. This oversight might have been due to some technical issue with minors drinking or some such thing.

Regardless of the unorthodox initiation requirements to join this elite club of superior fisherman/persons, ‘Team Awesome’ could not help but include honorary membership status to our lodge legend, Mr. Brown. And I am not talking about guide Zach Brown and his band – truly another story altogether. No, I am talking about the longest returning lodge guest, Mel Brown, who has joined us every season for the last twenty-nine years in a row. Basically the ‘Cal Ripkin’ of our lodge. We are always honored to have Mel join us and it would not be King season without him. Mel also belongs to the some other distinguished clubs like the ‘Greatest Generation Club’, ‘World War II Veterans Club’, the ‘WWII POW Club’ and the newly established ‘Gin Rummy Anonymous Club’ just to name a few.

This year the Fourth of July fell on Friday, our change out day, and the incoming guests got to listen to and barely see our brief fireworks display, since it was too sunny to see it at 10 pm in the land of the midnight sun. The weather started out sunny and warm the first day or so, but soon turned cloudy with some drizzle which our salmon like a whole lot better than the bright sun. King salmon in particular enjoy the darker days, and you would too if your entire ocean life was spent at depths of eighty to 120 feet or more below the surface. Entering a shallow river with sun beating down is like coming out from a cave after fours years, into a desert during the mid-afternoon.

Fishing was a bit tricky and slow for King salmon, but we all still managed some really nice fish during the week with a couple forty pounders landed. At least one from the Nushagak and some from the Togiak. While the Sockeye salmon slowed down on the Wood and Agulawak Rivers, we shifted our efforts for these chrome bright beauties over to the Kvichak River. This was combined with great bear viewing at Brooks Falls to make it a ‘Click & Cast’ trip. The lake ‘hops’ were amazing with really good fishing and great scenery this is hard to believe. 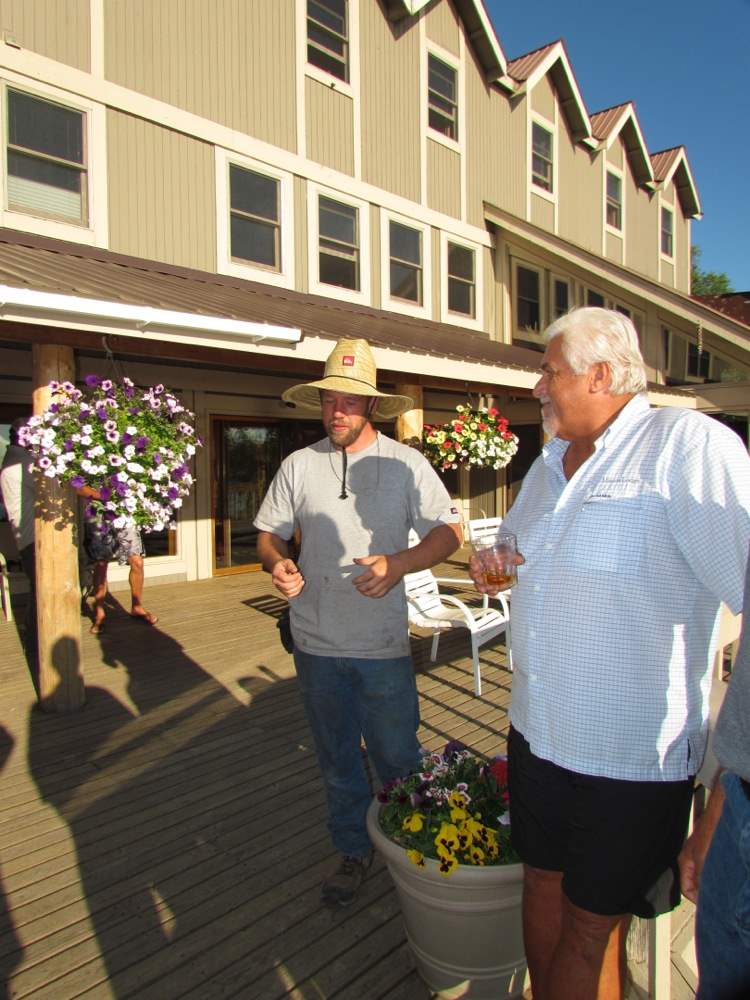 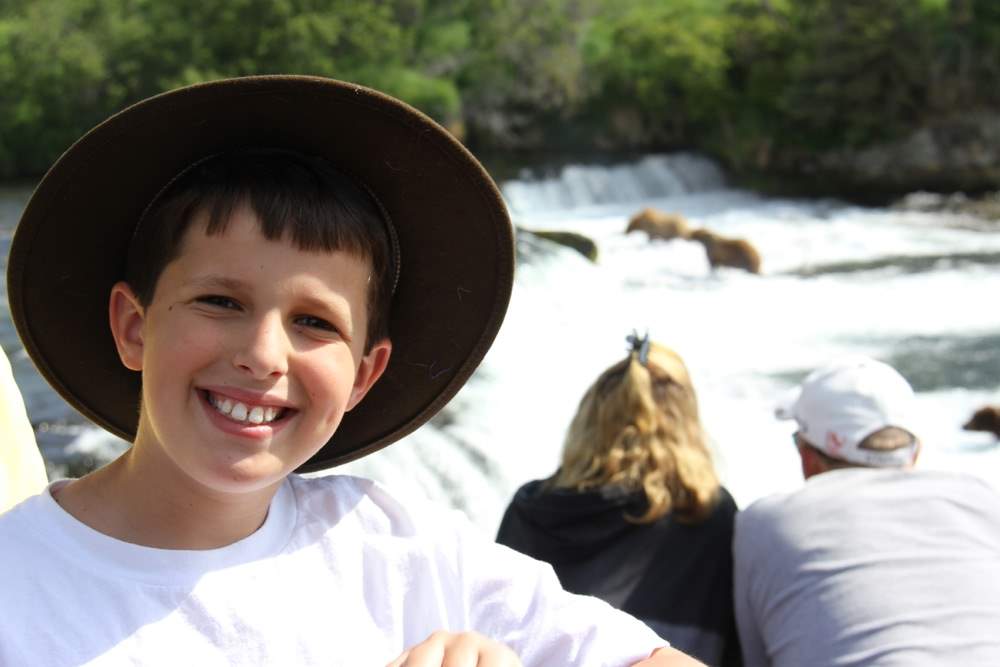 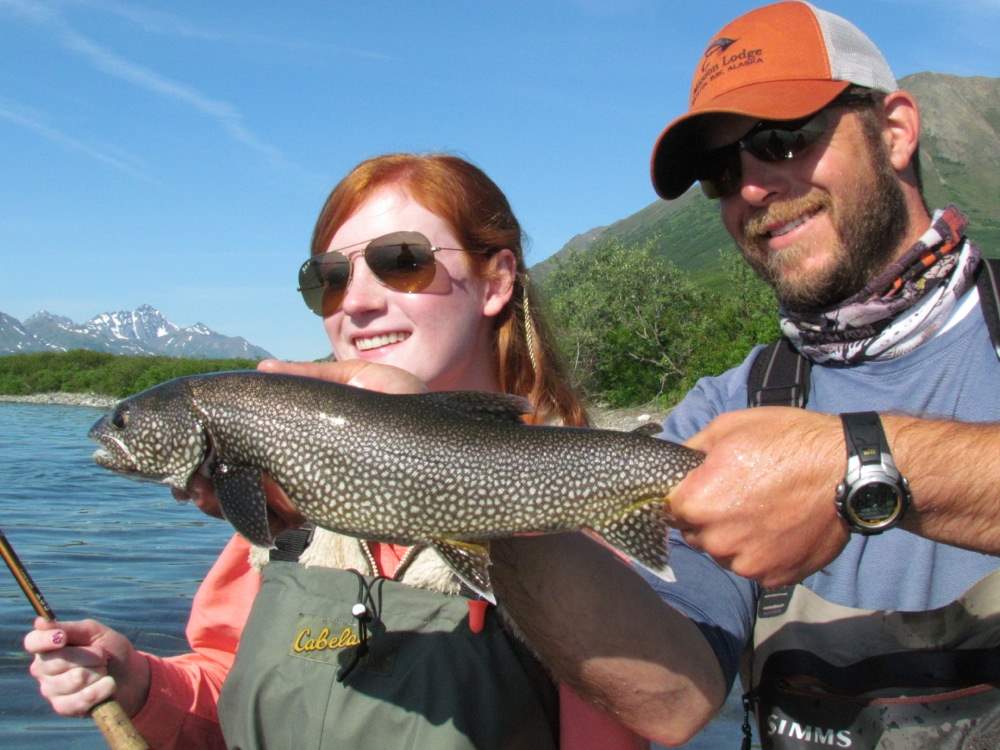 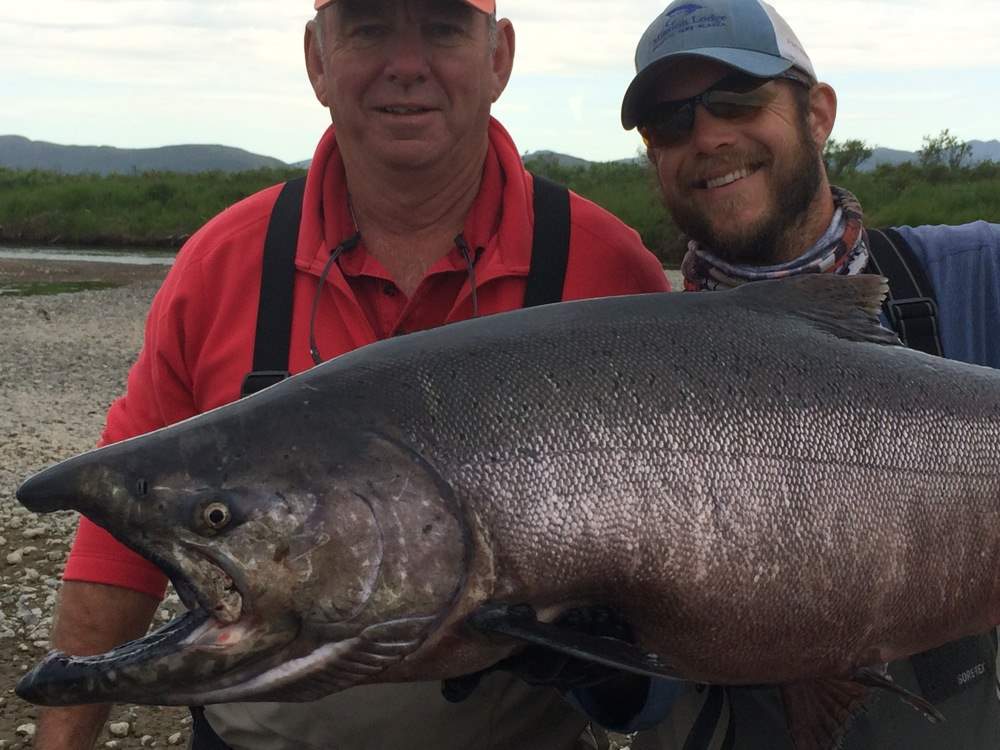 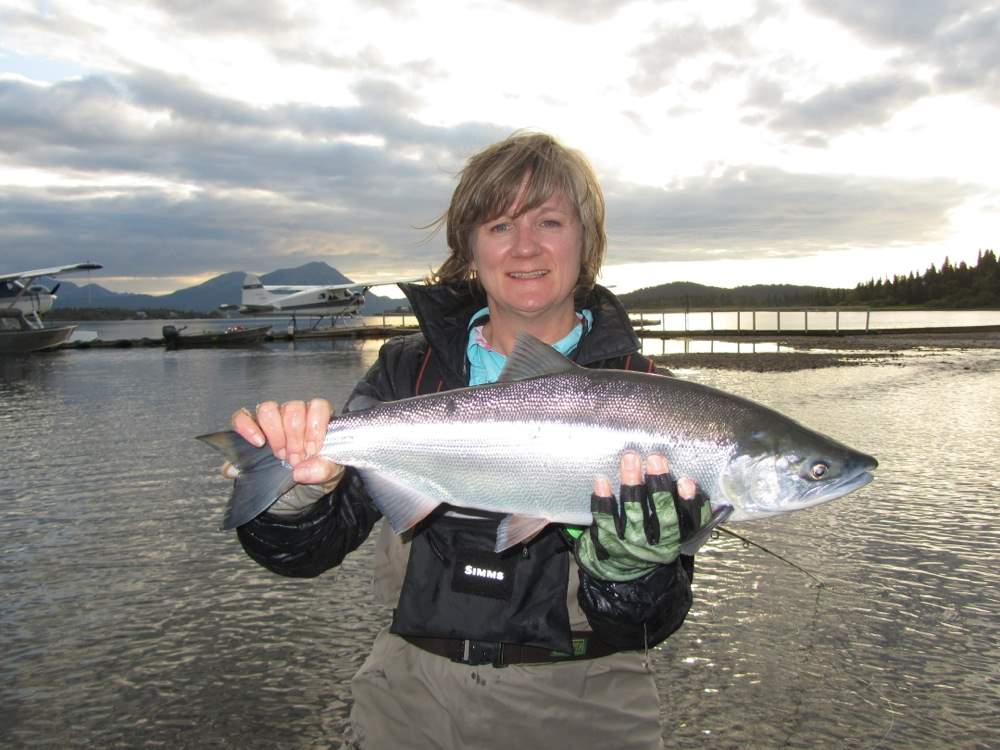 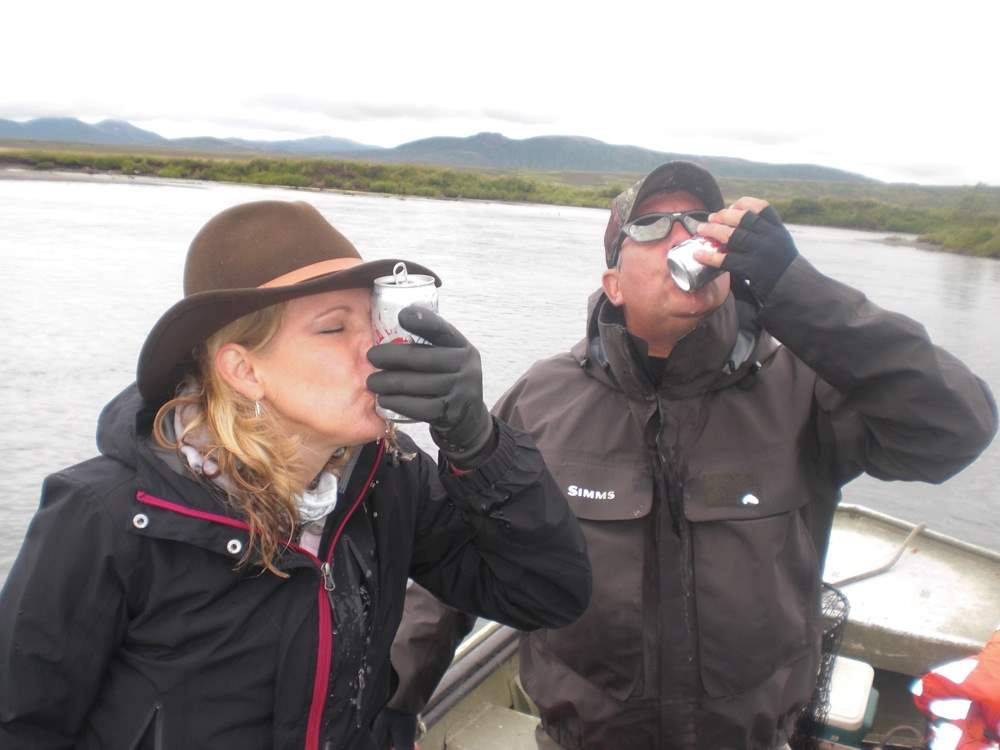 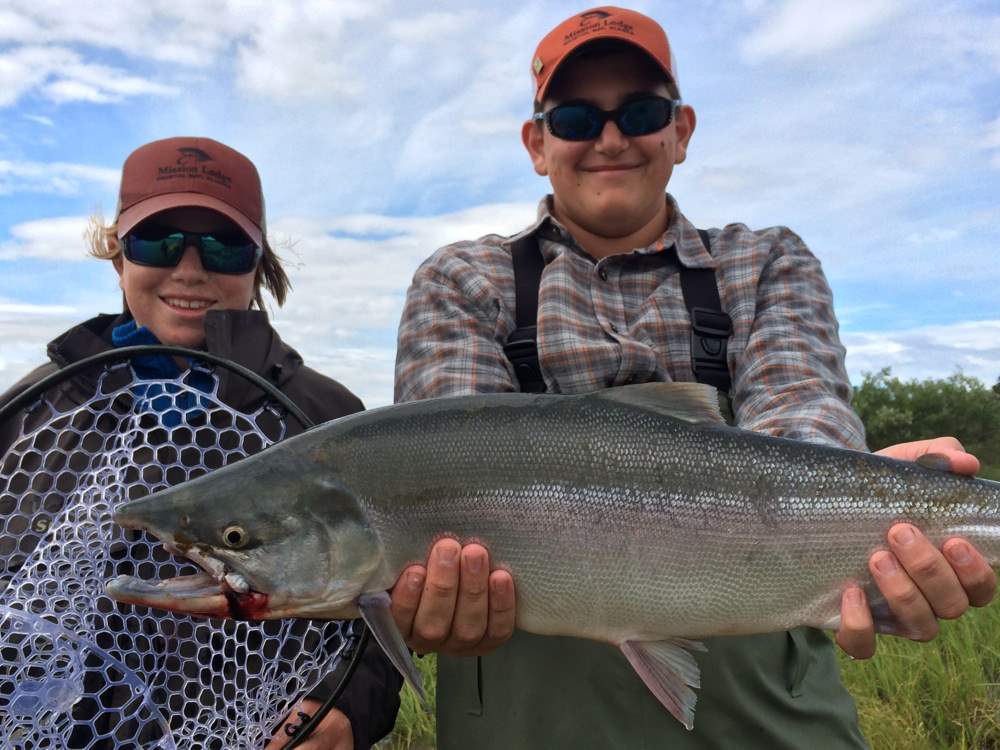 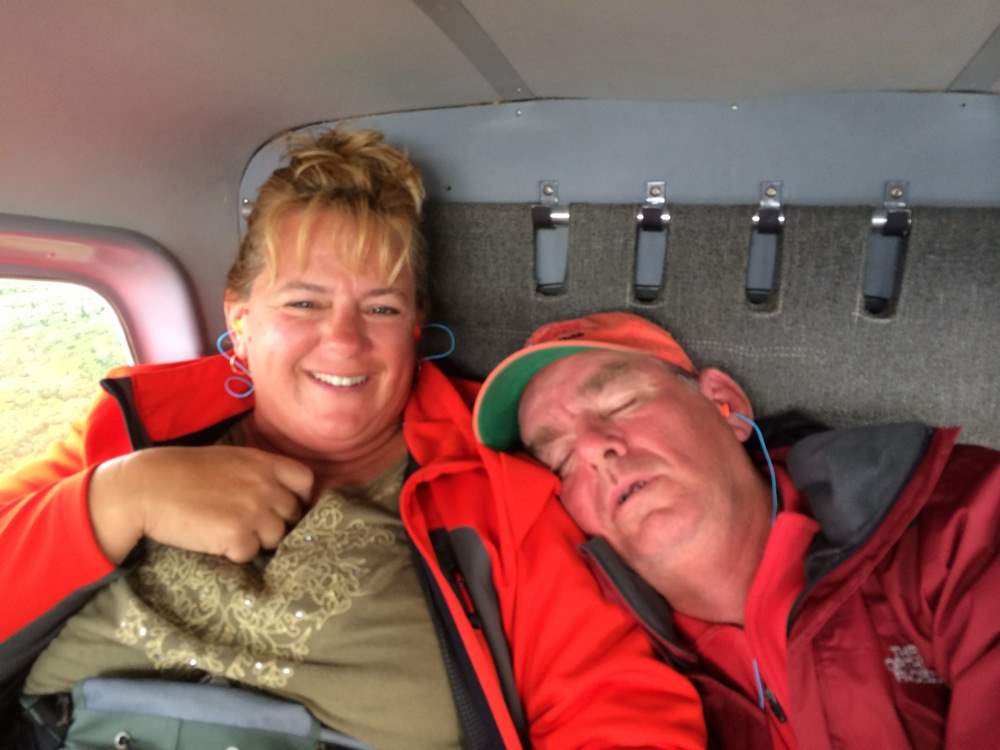 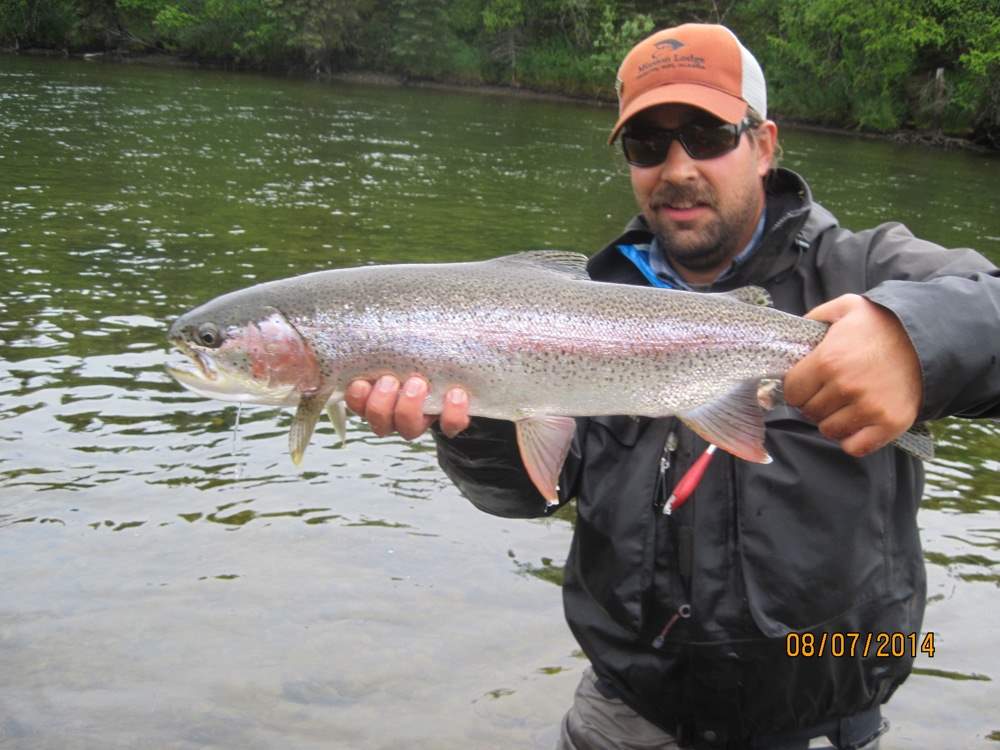 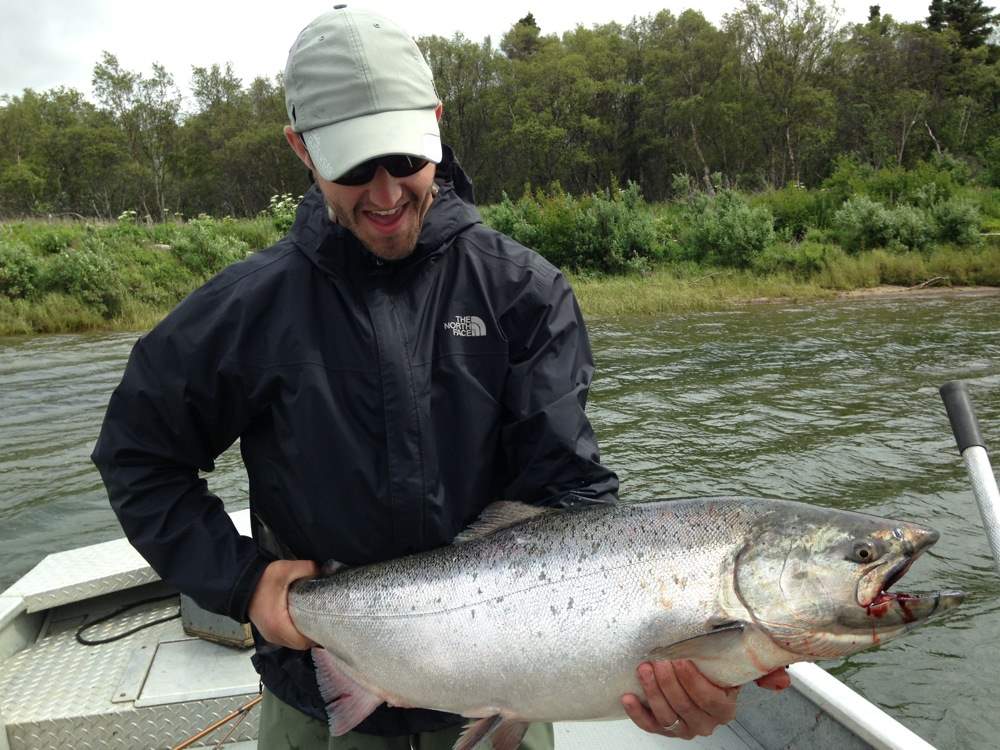 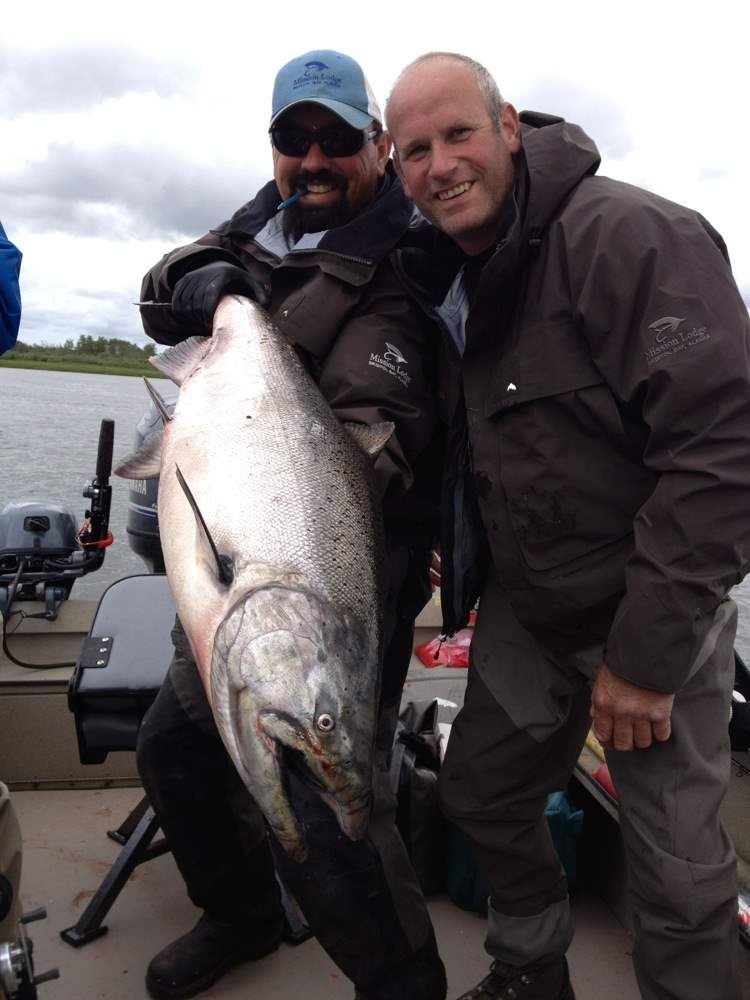 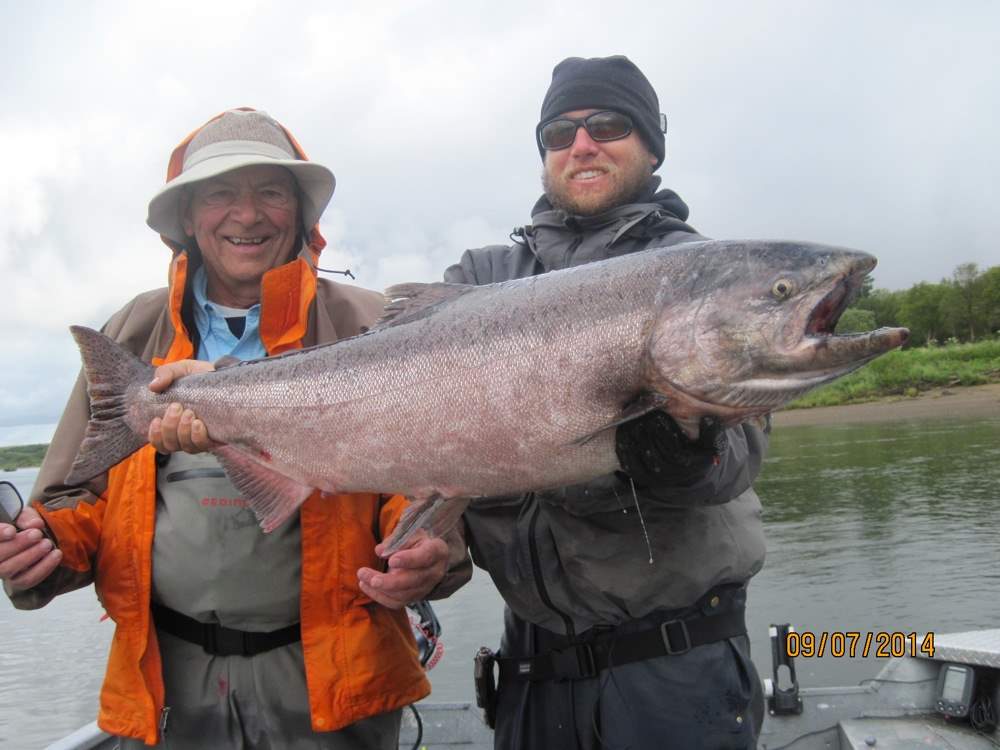 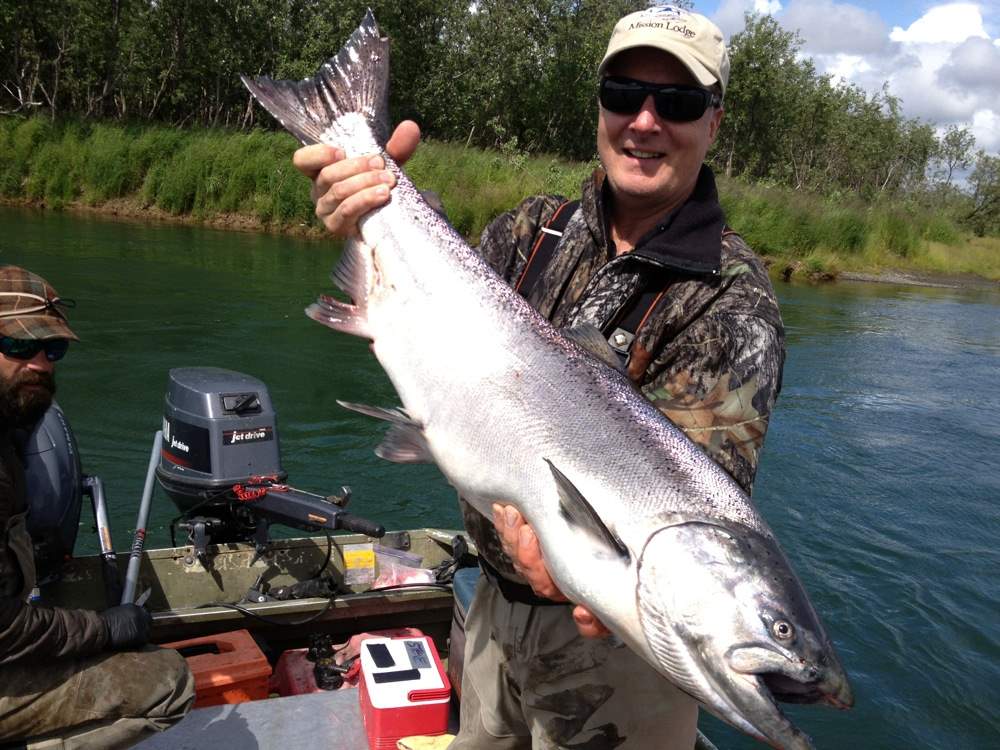 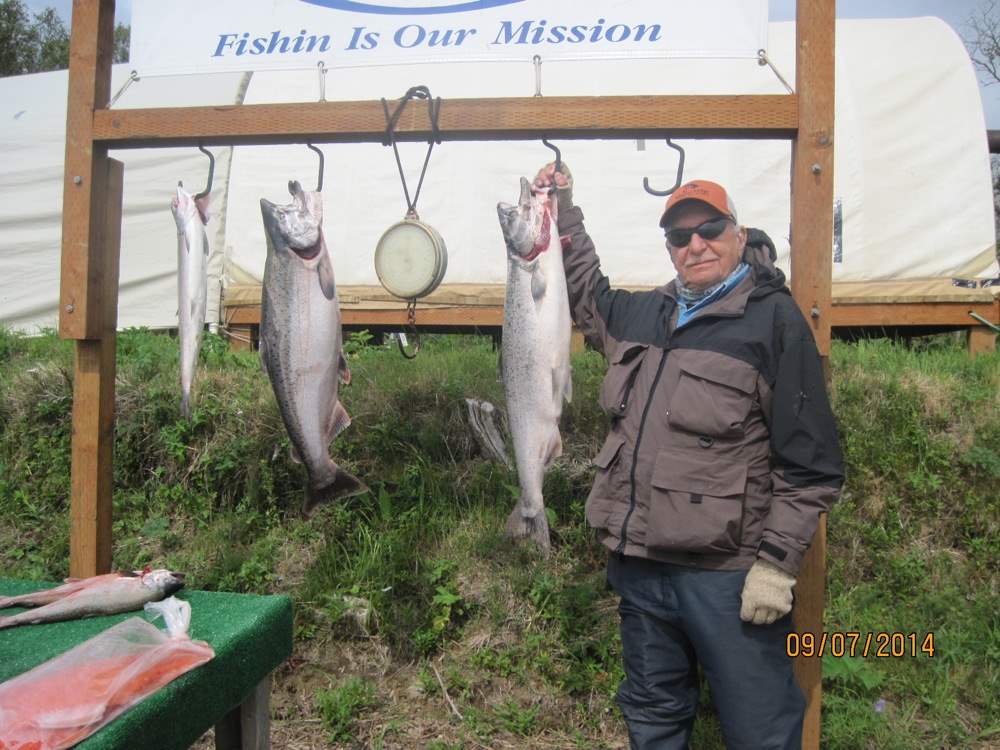 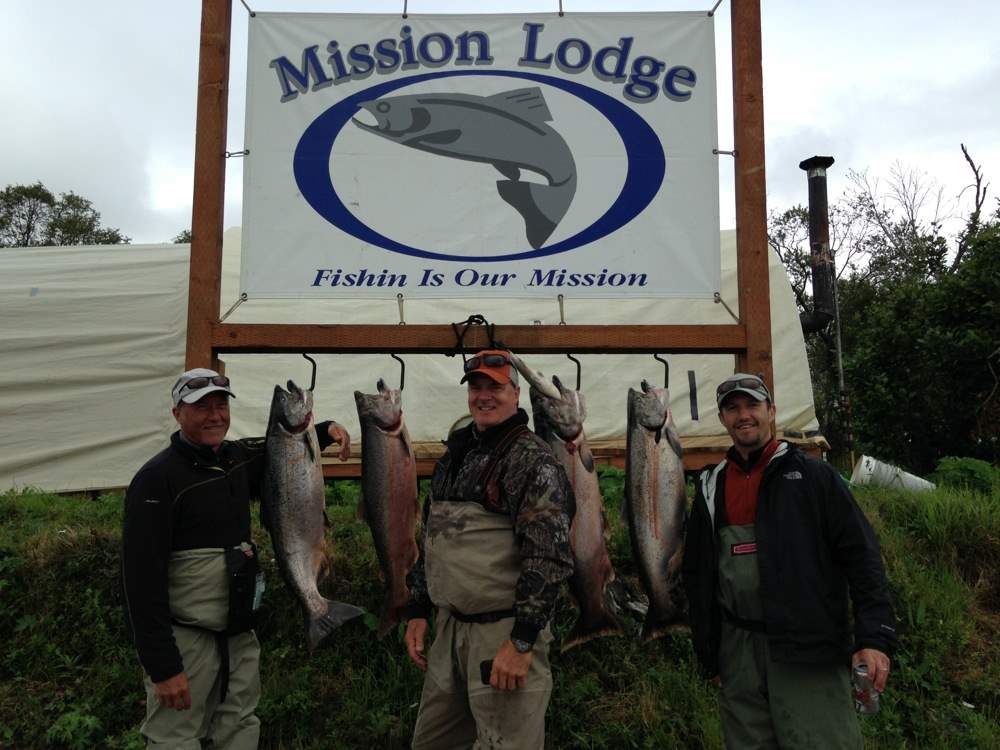 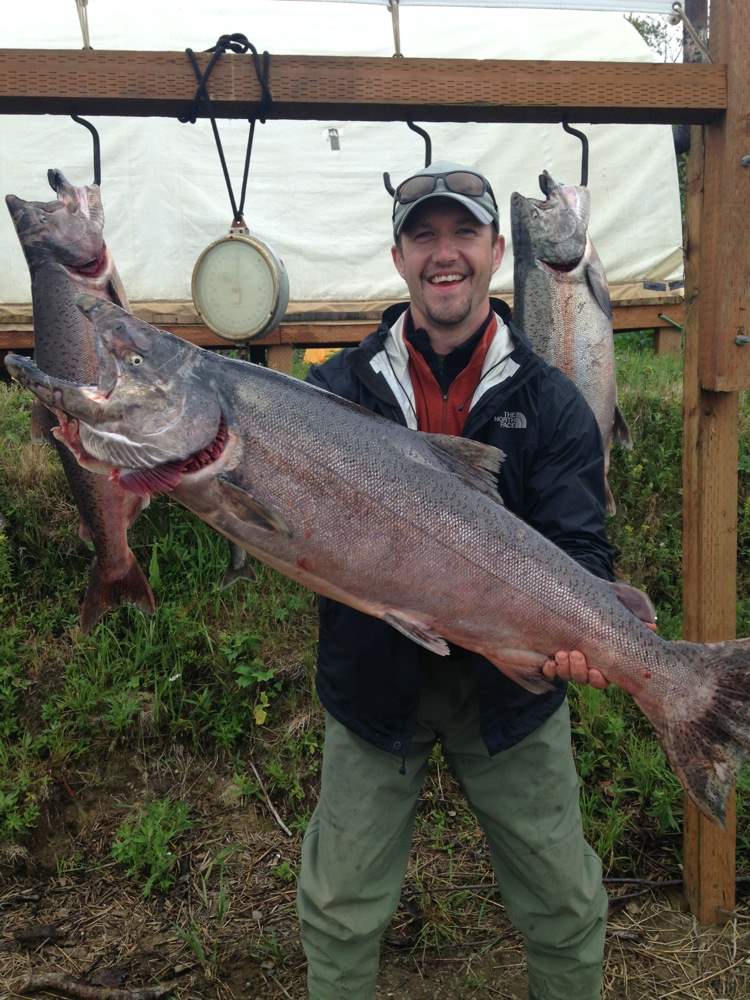 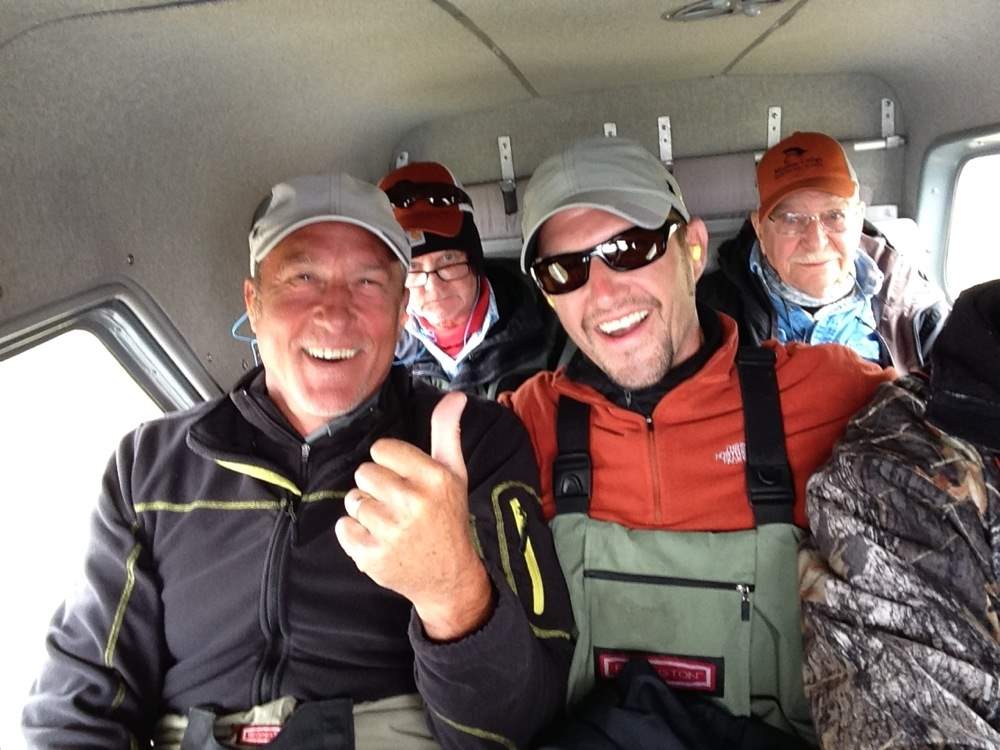