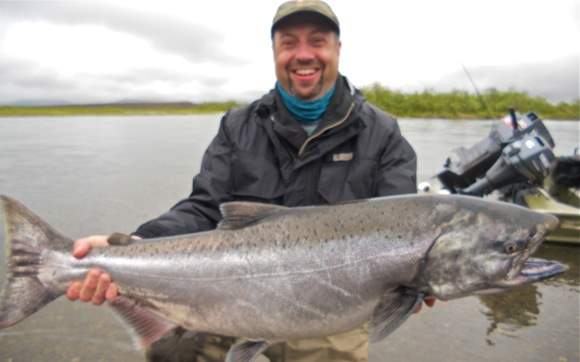 Burning Money – No, not burning money on fishing. That is actually an investment in mental health. Here in the land of the midnight sun, Fourth of July fireworks at Mission Lodge takes place around nine o’clock at night with the sun burning bright overhead as if it were high noon. Our fireworks are all noise and offer very little of the visual pizazz you would hope for. So we just call it burning money. But each year we do it anyway as we dearly love this great country and feel it is more than appropriate to take a moment from our vacations to honor its formation and the ongoing fight for freedom from tyranny. You will not see a fishing lodge in North Korea and the few that do exist in the former Soviet Union were built by us Yanks and are seldom enjoyed by the Russian populace — other than the political aristocrats that is. Here’s to our independence.

Fishing this week was again some of the most consistent of the summer as it falls right in the heart of the King, Sockeye and Chum salmon runs. The trout kept showing up more and more each day and the fry pouring out of the lake system had our Arctic Char in full binge-eating mode. It also helps to be a fly out lodge and be able to move around and hit all these different fish species in multiple rivers. When one river is slowing down, the next is just coming into its own. This week, most of them seemed to be ‘on’ and it went from ‘fishing’ to ‘catching’ on most days. The fishing was so good on the Nushagak river system that our state Fish & Game department raised the annual limit back up to four per year. The number of fish coming into the system not only caught up to the mathematical curve the state has put together, but started to surpass it. While the Togiak river was still getting started, it did produce some big fish for anglers willing to give up overall numbers of landed fish compared to the ‘Nush’.

Another added attraction during this first week of July was the return of the Brown Bears to Brooks Falls in Katmai National Park. It is hard not to be in awe of these giant bruins as they show off their varied fishing techniques such as the ‘ambush’, the ‘snorkeler’, the ‘ninja’, the ‘thief’ and of course the ‘class idiot’. See if you can pick these out from the included photos. 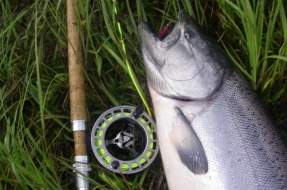 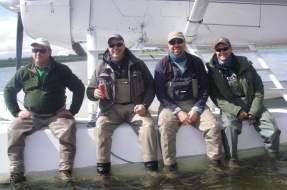 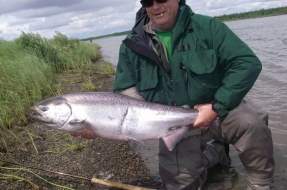 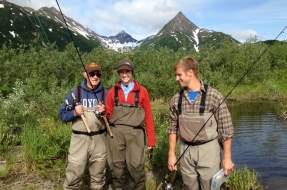 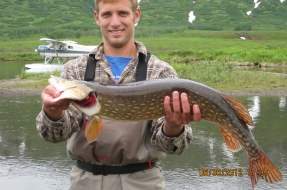 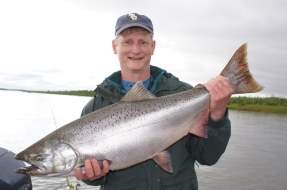 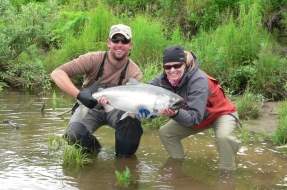 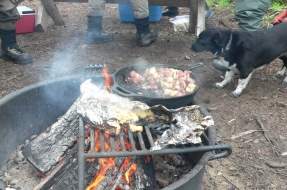 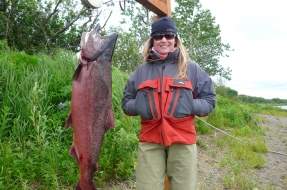 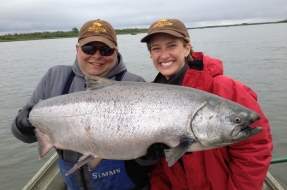 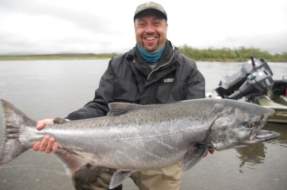 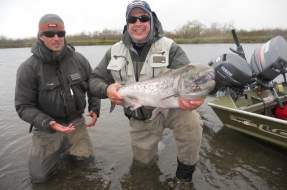 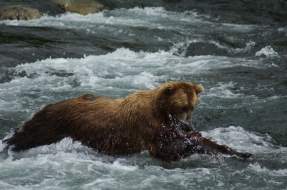 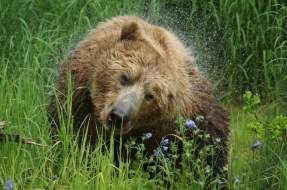 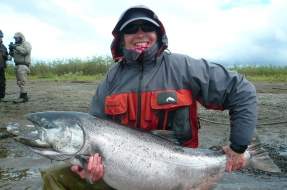 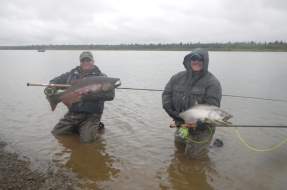 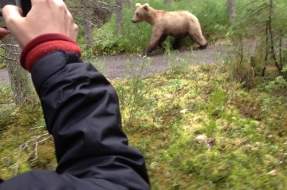 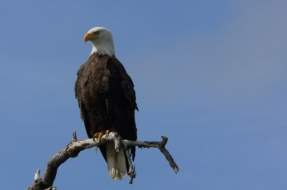 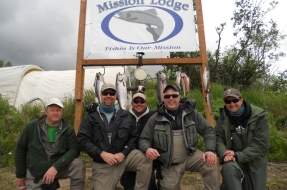