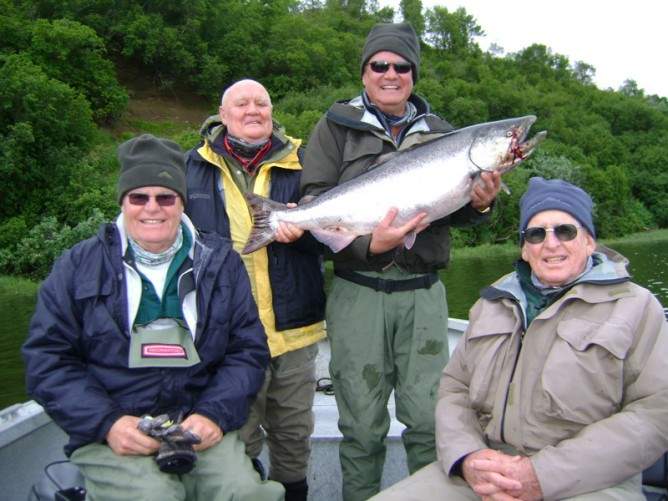 Some traditions are just so strong you have nothing to do but just embrace them. In this case the tradition is King Salmon fishing, pork chops for shore lunch and playing the card game known at ‘pitch’. It seems that another tradition has also cropped up this week – bad weather. While it did not slow down our fishing program, it was just plain cold and rainy for at least the third year in a row for this group.

We all cursed the cold weather and the fish seemed to not like it either. The King Salmon run was moving along just fine, but a little slower and in less numbers than the department of fish & game was looking for. According to their formula, the numbers were down for that exact time of year so the department clamped down the limits to only two fish for the entire season [as it turned out, the fish were just a bit off schedule]. It is a bummer when the fish do not follow the exact timetables that we set for them. Such is nature.

Even with the supposed ‘lower than expected returns’ the King fishing was pretty solid most days and absolutely great on the others. There were some slower days for sure, but only compared to the kind of numbers we have come to expect out of the Nushagak River system, which are nothing short of awesome. By any other King Salmon fishing standards, it was still great fishing on even our slowest days.

This week also saw the Rainbow trout fishing pick up including a monster that measured 31 inches caught and released by Steve George. The Arctic Grayling were very active for us, hitting both nymphs and dry flies. These ‘Sailfish of the North’ are some of the biggest you will find in Alaska and could eat their little cousins in Montana for lunch. Literally. Despite catching lots of them this week, no one knocked Frank Blanchard off the trophy board.

As the pictures below will show, the Arctic Char were absolutely gorging themselves on the salmon smelt dropping out of the lake systems. We are taking them both on spinning gear and flies, making for some really hot catching. The only thing missing was a strong presence of Sockeye Salmon. We did manage a few each time out, but are waiting on the big push. 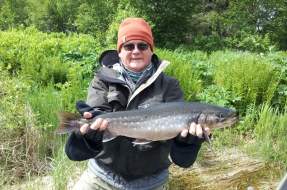 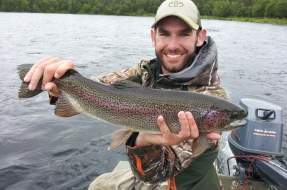 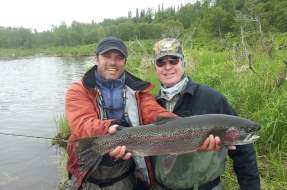 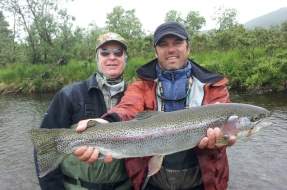 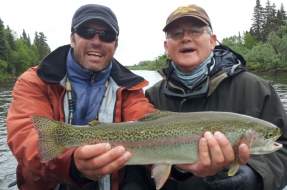 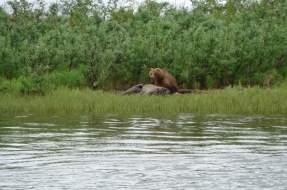 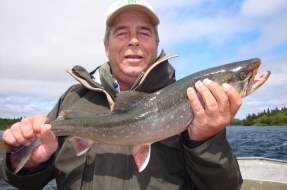 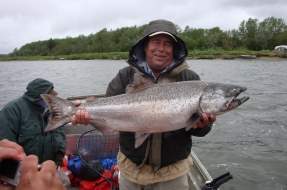 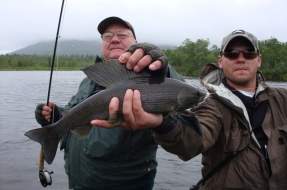 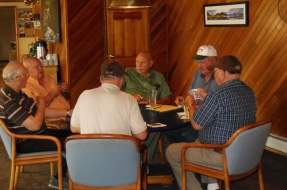 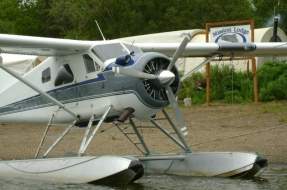 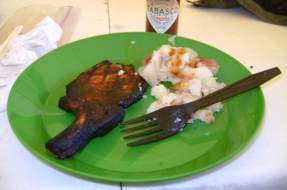 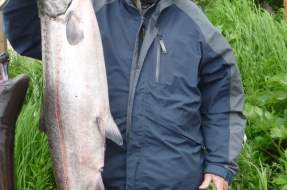 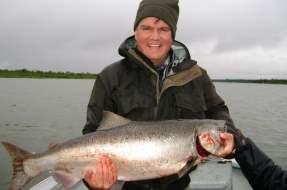 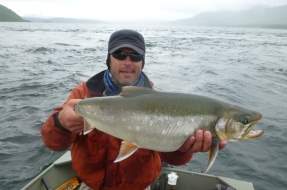 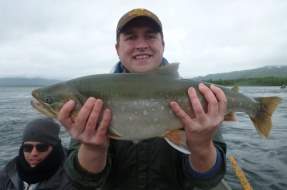 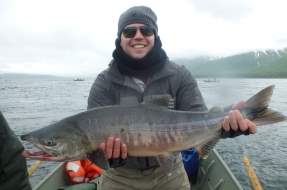 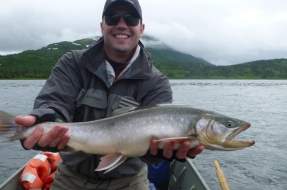 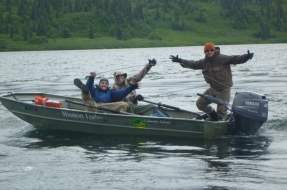 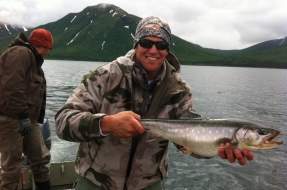